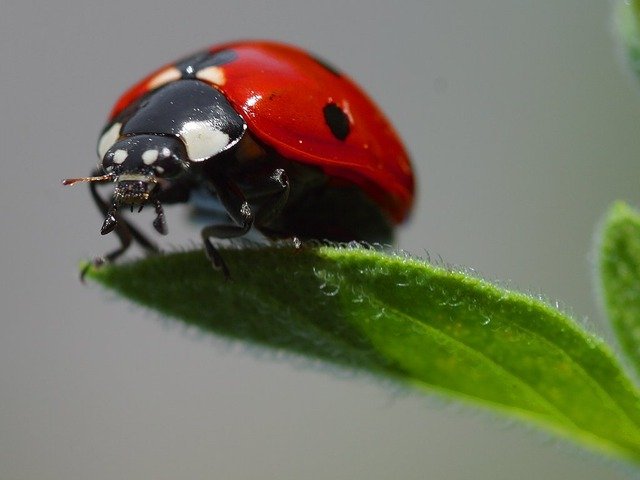 You have probably wondered whether or not ladybugs are harmful to you or your beloved pets, and you will find out everything that you need to know about the potential dangers of these insects in this article. We are going to discuss any dangers and threats that they might pose, as well as whether or not they are poisonous or can bite you. To find out if ladybugs are harmful, just keep reading.

Ladybugs are not harmful to most humans as they cannot sting and even though they can bite, their bite doesn’t usually cause any serious injuries and it won’t spread disease. There are thousands of species of ladybug in the wild, and you have probably noticed that they come in lots of different colours.

The most common type of ladybug that people are likely to know is the one that is red with black spots. For the most part, ladybugs have been able to maintain a peaceful existence along with humans, but in more recent years, their populations have become overrun. Certain species are known to be quite invasive, and they can often be more of a nuisance than they are interesting.

Are Ladybugs Poisonous to People?

Ladybugs are not likely to be poisonous, so even though they might be annoying at times if they invade your home, they are not likely to be putting you at risk. Ladybugs also do not carry any known human diseases, so even if one of them were to bite or pinch you, you aren’t going to catch any diseases or be put at risk. The only issue with ladybugs is that certain people can be allergic to them.

How to Tell if You Are Allergic to Ladybugs

Unfortunately for some people, you can actually be allergic to ladybugs, and recent studies suggest that this could be a common issue among people. Even though you are not likely to be hurt by one, you can still be allergic to them.

These insects typically live in the great outdoors, but they can sometimes hibernate in buildings and homes when it is cold outside. It has been reported that over half of people will have some form of an allergic reaction if their home has a ladybug infestation. Thankfully, these symptoms are mostly quite mild, and they don’t typically cause any major health risks.

Some symptoms of allergic reactions to ladybugs can include:

Most of the time, a person will not experience all of these things, and they might only notice one or two of them.

Are Ladybugs Poisonous to Animals?

It is possible for your dog to have a reaction if they were to eat a ladybug. This is due to the fact that the fluid that these insects create when the dog crushes the ladybug in its mouth can cause damage that is similar to chemical burns. This can result in a burning effect on the gastrointestinal tract, and it won’t be a pleasant experience for your dog if this occurs. Something that you should know is that this is not very common, but it can happen on rare occasions.

If you are concerned, some of the signs that you can look out for include:

If you think that your dog might be unwell after eating a ladybug, you should take them to a veterinarian to get checked out. Interestingly, it seems that cats do not have the same side effects.

Do Different Coloured Ladybugs Indicate That They Are Poisonous?

Different coloured ladybugs can give you an indication of whether or not they are more dangerous than others. The colour of the ladybug will depend on the species, its diet, and the place in which it originated from. Their colours are also a warning to predators that mark them as dangerous, and they can also help to camouflage them in certain situations.

There are some black ladybugs that have small red spots on them, and these are called pine ladybugs. They are one of the most toxic ladybug species that there is, and they are able to cause allergic reactions because of this.

The majority of brown ladybugs are larch ladybugs, and this type of ladybug relies on the use of camouflage as a survival technique that will protect it from predators. They are harmless and are actually the least toxic species of ladybug that there is.

Orange-tinted ladybugs are usually Asian lady beetles, though not always, and they tend to have the most toxins present in their bodies, which means that they are often the most allergenic to humans.

Red ladybugs are typically more predatory than other types, and they are able to defend themselves better. Red is often the colour of danger, which is a deterrent for many larger predators. These ladybugs are not as poisonous as orange ladybugs, but they do still have some toxins.

When a ladybird feels threatened, it will secrete a musky and unpleasant smell, and this is actually in its blood. It can leave a yellowish-red fluid behind if you were to accidentally crush one.

Ladybugs can bite people, and they are also able to pinch people using their legs. This can often feel like a bite, but the experience is slightly different. You may be left with a bite or mark on your skin, but it shouldn’t cause discomfort. If you are allergic to ladybugs, then the mark may lead to a welt and it can sometimes be itchy. Something that you should know is that ladybugs do not inject anything into you when they bite you, so a bite will not cause any danger.

Do All Ladybugs Bite?

All ladybugs have the ability to bite or pinch because they have mandibles or legs that are able to bite and pinch. They are unlikely to bite you, but it can happen sometimes. This is most likely because they are mistaking your skin for food rather than because they think they are in danger.

Harlequin ladybugs are not dangerous to humans, but they are a highly invasive species that you might have seen in your home if you live in the UK. It only took these ladybugs less than 10 years to invade the UK, which is much quicker than other species have managed to do the same. It is thought that their arrival in Britain was completely accidental, but they could have been blown over in strong winds.

These ladybugs have quite the appetite, and once they have finished eaten aphids, they will turn their attention to other ladybird eggs, so they actually pose a major threat to our own native ladybirds. This is why you are likely to see less of the red ladybirds with black spots today.

The colour of a ladybug is mostly an indicator of their threat level to any potential predators, and they are unlikely to be harmful to humans. While they can bite or pinch you, this isn’t likely to cause any real damage, and it will probably just leave a small red mark behind for a few days.

Sometimes, ladybugs can cause allergic reactions in people, depending on their level of toxicity, but most people will have mild symptoms that are similar to those of hayfever. Very rarely, allergic reactions can lead to breathing difficulties and they can sometimes require treatment, but most of the time, ladybugs are totally harmless to humans. 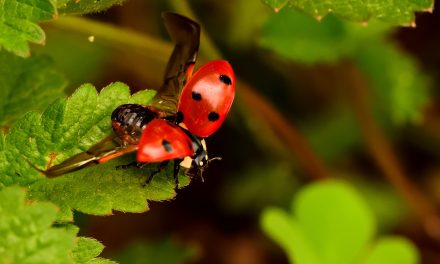 Do Ladybugs Bite Or Sting?