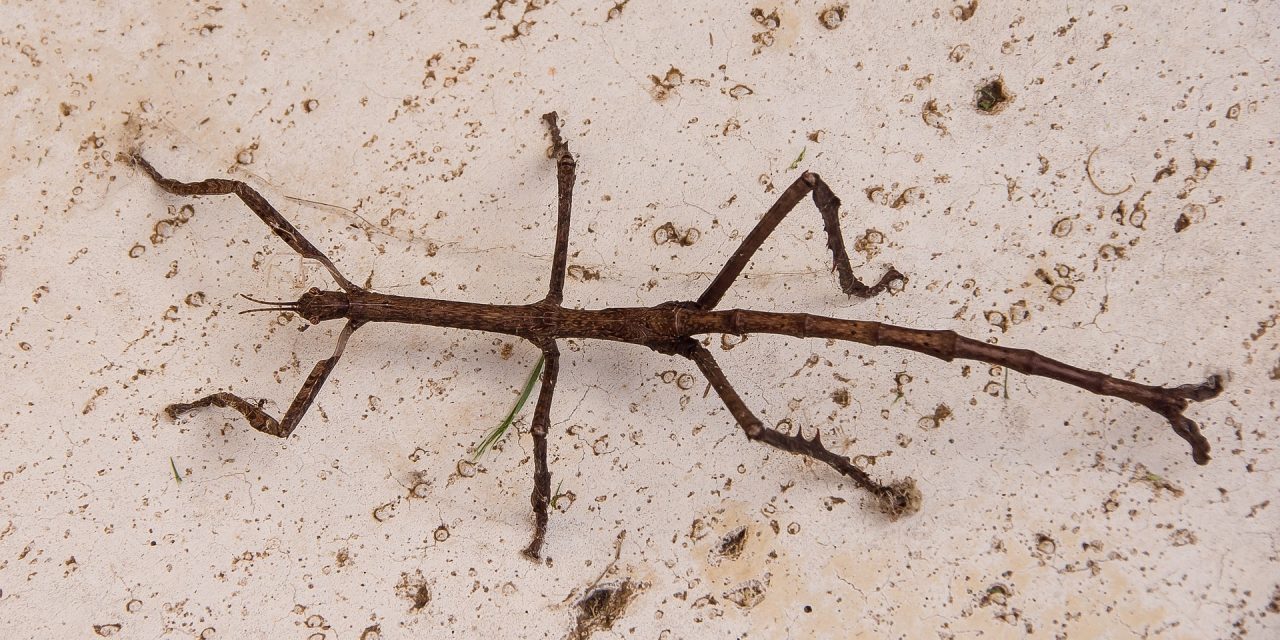 Stick insects, also known as stick bugs, walking sticks or bug sticks, are not poisonous and are relatively harmless to keep as pets. Stick insects are experts at camouflaging themselves from any potential predators. There are a couple of species of stick insects that have other forms of defence like; startle displays, spines and toxic secretions.

Startle displays are forms of mimicry that means they take on the appearance of other insects that are known to be harmful; many insects do this to keep themselves from being eaten. Before purchasing a stick insect, you will need to research the species to ensure it is safe to be kept as a pet.

The most popular stick insect and one that is also recommended for beginners is the Indian stick insect. They are super easy to keep, grow to between eight and ten centimetres in length and are usually green or dark brown with red patches on their front legs.

Most Indian stick insects are female; this is because female stick insects have the ability to reproduce without the need for a male to mate with.

If an Indian stick insect feels they are in danger, they pretend to be a stick. They become rigid and sway back and forth like a stick in the wind; this behaviour is somewhat similar to that of a leaf insect, and like leaf insects, stick insects are also nocturnal insects.

Other recommended stick insects for pets

There are other species of stick insects available to purchase, but as a beginner, you should choose a species that do not require much maintenance before looking to buy any other species. While most stick insects are relatively easy to keep, they have different requirements for each species, so you will need to gain some experience in maintaining an easy species first.

Some stick insects can grow to up to 30 centimetres in length, but the Phryganistria stick insect can be as long as 64 centimetres! That is just incredible.

Why choose a stick insect as a pet?

Unlike regular pets like cats or dogs, stick insects are easy to take care of; they don’t take up much space or require daily walks, and they live a relatively short life of around 12-16 months, which makes it a good pet for kids who bounce from one phase to the next.

Having a pet can be great fun until the novelty wears off, or they decide it takes up too much time and doesn’t want to look after it anymore. Having a pet like an insect can be a great introduction to what it’s like to own a pet that requires more responsibility.

Your child will learn the responsibility of taking care of a pet, but they don’t have to be committed to owning it for the next 8-10 years. You may even find your child takes so much good care of their insect that you think they are responsible enough for that puppy or kitten they have been dying to have for so long.

A stick insect can be housed in anything from a large old sweet jar to a purpose-built enclosure. There are a few things to keep in mind when housing a leaf insect, and that’s

You stick insect will need lots of space to move around; they will also need somewhere to hang. This type of insect goes through a particular growth phase where they moult, similar to that of a tarantula. They will shed their old skin as they grow, so you should provide some small twigs for them to hang. The rule of thumb for their enclosure size should be at least two times the length and height of your insect.

Depending on what part of the world your stick insect is from, they may require a heat source. Make sure you can attach a heat source to the enclosure to keep it at the desired heat. You can do this using a heat mat and a thermostat. You will need to research the species to find out more about how to take care of it.

You will need easy access to the enclosure to add fresh leaves for your stick insect to eat. The leaves will need to be changed regularly, so you should think about how you will do that before deciding what enclosure you use. I like the Exo terra terrarium, they come in different sizes, and the 30x30x30 is perfect for housing your stick insect. The Exo terra has a fine mesh lid that is removable for full access, but they also have two doors at the front, making it super easy to change the leaves and clean up your desired substrate.

You should handle your stick insect with care, as these insects are small, and because of this, they are prone to losing limbs if they are handled too roughly. However, these types of insects can regrow and limb on their next moult, but you should still treat your insect with care.

Like leaf insects, stick insects are herbivores which means they only eat leaves. They primarily like to eat fresh bramble and privet leaves, but they also enjoy leaves from rose bushes, ivy, hazel, hawthorn, and oak. You can collect leaves from parks or woodlands or the garden if you have any.

Remember to wash the leaves before giving them to your stick insect to make sure you don’t introduce any pests into the enclosure. You should also avoid getting leaves from places that use pesticides or from roadsides as they can kill your stick insect.

To keep your leaves fresher, so you don’t have to change them daily, you can place the stems into a jar or bottle with water in it, putting the jar/bottle in the enclosure. Doing this extends the life of the leaves, so you only need to change them every 5-7 days. Take care using this method with small stick insects as they can drown in the water. It is better to put holes in the lid of your container and feed the stems through the holes.

You can use pretty much any substrate that would be found naturally to line your enclosure, like; soil, pebbles or gravel, but you can also use newspaper or kitchen paper.

Other interesting pets for kids 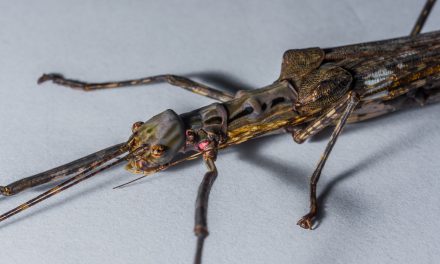 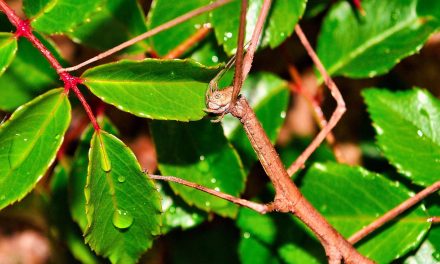