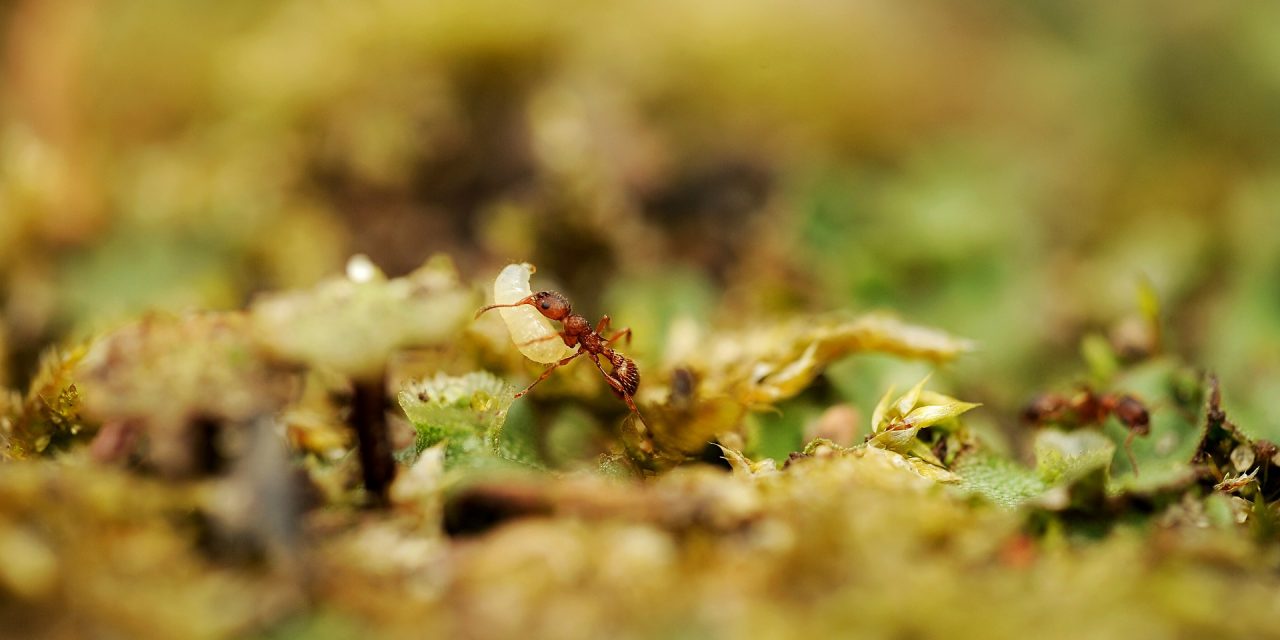 The small white things ants carry around are actually brood laid by queen ants. Depending on how long the nest has been there, what you are probably looking at is either eggs, larvae, or pupae. If an established nest is disturbed, it is likely that you will see a combination of all three.

Throughout this article, we will give you lots of information about what ants are and how they take care of themselves and the other ants in their colony.

Ants are fascinating insects that evolved from vespoid wasps during the Cretaceous period. They are eusocial insects of the Formicidae family and are closely related to wasps and bees.

Eusocial insects are regarded as having the highest level of social organisation.  This can be identified by the following characteristics:

Once an ant has reached adulthood, they are put into one of three castes: the queen, the worker, or males.

Queen ants are female ants that get better nutrition as larvae. They are much bigger than the workers, and they lay all the eggs in the colony. Most ant species only have one queen in the nest. If the queen dies, so does the colony.

The workers will continue to raise the brood and tend to the nest, but they won’t accept a new queen.

The ants you see carrying eggs or foraging for food are worker ants. An ant colony runs on a system of division of labour in which different workers take on various roles within the colony.

The younger, more inexperienced ants are usually in charge of keeping the nest clean, looking after the queen and raising the brood. Worker ants with more experience are more likely to leave the nest to forage for food or to defend the nest from potential dangers.

Worker ants are female and do not have wings like their male counterparts. Female worker ants can also not reproduce.

Male ants, also called drones or flying ants, do not have the same role in the colony as worker ants; in fact, their only job is to mate with the queen ants once a year. Male ants only have a short lifespan and die shortly after mating with the queen.

Soldier ants are a type of worker ant that can be found in ant colonies. These ants are in charge of protecting the queen, defending the colony, gathering food, and attacking other ant colonies.

If the soldier ants are successful in their raid on a rival colony, they will take their brood and raise them as slaves in their own colony.

The life cycle of an ant

The adult stage is the final stage of an ant’s life cycle.

Ant eggs are oval in shape, with a diameter ranging from 0.5 to 7 millimetres, and they are a colour that is somewhere between white and translucent. The exterior of the ant eggs is both smooth and sticky. The eggs are able to stick to one another to form a clump that the other ants can move around easily.

Once a year, male flying ants leave the nest in search of a queen to mate with. After the queen ant has finished the mating process, she will fall to the ground, shed her wings, dig a hole, and then start laying eggs. The queen will take care of her eggs to begin with, but as soon as the first new adults (workers) have emerged, they will take over from the queen.

The workers will continue to take care of the brood through all stages until they become adults, at which point the cycle begins again.

After seven to fourteen days, the ant’s life cycle moves from the egg stage to the larva stage. Larvae look like maggots because they have the same shape and colour. They are white and see-through. During this stage, they go through several cycles of a process known as moulting.

They lose the ability to stick to one another during this stage, so they begin to grow hairs, some of which are hooked. These hairs allow them to stick to each other, allowing the worker ants to continue to move them around with ease.

The next stage of development in the life cycle of an ant is called the pupa stage. Pupae are produced when larvae undergo their final moult. Pupae have a waxy appearance, are white in colour, and have their antennae and legs folded tightly against their bodies. In order to protect themselves, the pupae of some species spin a cocoon, whereas those of other species remain exposed or naked.

The pupa process takes around one month to complete.

During the final phase of the life cycle, the adult ant will emerge fully formed. The exoskeleton of a newly hatched adult ant is soft and lighter in colour. However, after a few hours, it begins to harden and the colour becomes darker.

The whole process from egg to adult takes between six and ten weeks.

How do ants communicate?

The queen has a special mix of chemicals on her body that lets the rest of the colony know she is there. Chemicals on the bodies of ants in the same colony help them recognise each other.

Are ants good for the ecosystem?

Yes, ants do many things that are essential for the health of the ecosystem. They improve soil fertility, help with seed dispersal, and they also pollinate plants. Ants also eat other insects, which helps reduce the number of pests that would otherwise damage crops.

One of the main pests to crops is aphids, and ants love the sweet substance they secrete, so much so that they keep them as pets to harvest it. 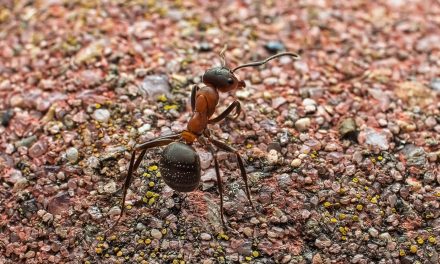 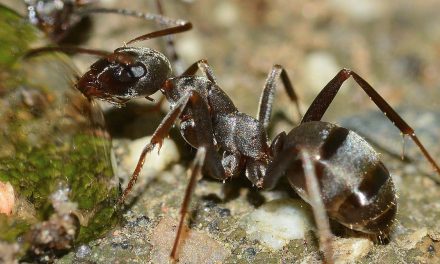 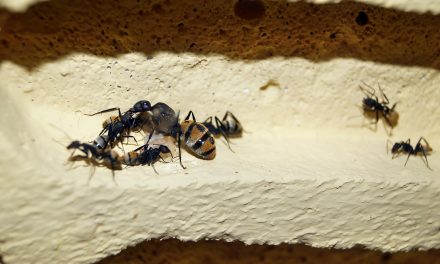