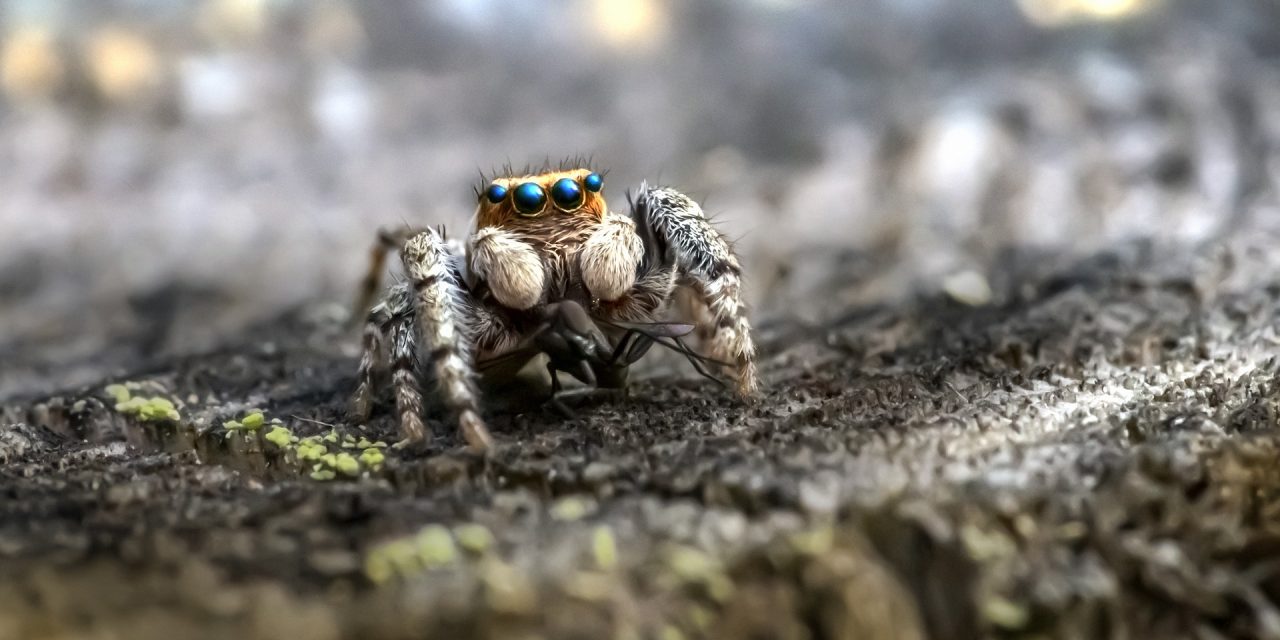 When an insect gets caught in a spider’s web, it will undoubtedly become a meal for the spider. If they are lucky, they might escape before the spider realises it is caught in the web, but the chances of this are quite slim. A spider’s web is super sticky so that any insect that lands on it cannot escape.

Many spiders will build webs to catch their prey, but there are lots of spiders who prefer to hunt for their prey. Unlike other animals or insects, spiders do not need to be taught how to spin a web; they are naturally born with the ability to do it.

When an insect lands on the web, it creates a vibration letting the spider know that a meal is imminent. When the spider feels the vibrations on its web, it will quickly run over to the insect, bite it and start to wrap it in silk; they turn the insect as they go covering it entirely in silk. Once the insect is dead, they will eat it.

Most people think that this spider feeds on its prey only by liquefying the insides so it can eat, but for this species, the process of eating the insect begins when the spider vomits digestive fluid over its prey. Doing so helps to liquify the insect, but the spider can also chew on the prey with its jaws (chelicerae).

The spider will continue with this process until they have finished eating all the edible parts of the insect. Some spiders may eat the prey’s body but discard other parts like wings and legs. Spiders with tiny jaws like; crab spiders and cobweb weavers make small holes in their prey; they vomit their digestive fluid directly into the prey’s body, sucking out the muscles and internal organs, leaving a hollow shell.

Spiral orb webs – Spiders that build circular webs are called Orb-Web spiders.  These webs look similar to the wheels on a bike; the webs are very sticky.  These types of webs are used to trap insects for food. Some spiders will build a new web every night, but others will just repair their damaged web. When the spider is on the hunt for prey, it will sit near the centre of the web and wait for insects to land on it. Some species of Orb-web spiders weave intricate webs, and scientists believe that it is because the patterns help birds see it to avoid flying into it.

Tangled webs or cobwebs – these webs are associated with the Theridiidae family; common tangled webs include the house spider and ogre-faced stick spider. Tangled webs are just jumbles of threads typically attached to a support system like a ceiling corner. Cobwebs have the same structure as tangled webs and often collect dirt and debris.

Funnel web – these spiders spin webs that are shaped like funnels.  They are wide at the top and get narrower as they go down.  The spider will hide at the bottom of the funnel-web waiting for its prey to come inside. All of the webs mentioned are designed specifically to catch food. The spider relies on the web’s vibrations to locate its prey as they have particularly good eyesight.

Tube web – As the name suggests, Tube Web Spiders build a tubular home from silk.  The entrance to the tube is surrounded by silk tripwires that are arranged like the spokes of a wheel; they alert the spider to the presence of prey. The tube web spider is usually found around ports and docks, which would indicate it was probably introduced to the UK some time ago via ship.

Sheet web – these webs are spun horizontally, and they have special lines above that are non-sticky. The non-sticky lines knock insects down onto the sheet-web, which is where they get stuck.

Spiders that don’t make webs to catch their prey are called hunters, and they have other methods of acquiring food.  Some spiders use camouflage techniques and wait for their prey to pass by, unaware they are about to get eaten.

Other spiders like to chase their prey; these spiders have excellent eyesight and can quickly spot their victims at a distance.  Hunting spiders have potent, fast-acting poison and sharp fangs that can kill insects that are much bigger than themselves.

Trap-door spiders have an interesting way of catching their prey; they dig a hole (burrow) which they live in and spin a silk door that covers the hole but can open quickly.  The trapdoor spider will wait in its burrow, sneakily peeking out, waiting for an insect to pass by. When it does, it leaps out and grabs it dragging it back inside its burrow to feed on.

The Jumping Spider will make an attempt to pounce on its prey; as it jumps, it spins a safety line so it can climb back home again, just in case it misses.

These types of spiders can’t chew or swallow, so they can only eat liquid lunches. To do this, they inject their prey with poison using their fangs.  The poison turns the insides of the insect into a liquid mush, and the spider sucks it up.  The insect will often look normal on the outside, but the body is an empty shell if you look closely.

Why don’t spiders get caught in their webs?

A spider can get stuck in its own or another spider’s web, but if a web-spinning spider were to get caught in a web, it could free itself by secreting an enzyme in its saliva. The enzyme is powerful enough to cut through the silk of another spider’s web and its own. A spider avoids getting stuck in its own web by coating the tips of its legs with oil to prevent entanglement.

It has been thought that a spiders web can change shape to attract insects, but until now, it wasn’t known why. A paper was published in 2013 by Victor Manuel Ortega-Jimenez and Robert Dudley; after noticing that a spider web changed shape every time his daughter’s electrostatically charged toy wand passed in front of it.

He and Dudley began collecting strands of spider webs from the campus and placed them in front of honeybees, aphids, fruit flies, and water droplets. Ortega-Jimenez and Dudley hypothesised that electricity might hold a clue after they found that positively-charged insects were attracted to a spider’s web and that the web would change shape when the insects came near it. In some cases, the web would even bend inward as a flying bee approached it.

How do spiders produce silk?

Spiders produce silk from spinneret glands that are located at the tip of their abdomen. Each gland produces a thread for a particular purpose.

Spider webs allow a spider to catch its prey without having to expend too much energy chasing after it, making it the most efficient method of catching prey. However, the energy saved is offset because constructing the web is energetically costly due to a large amount of protein required to form the silk.

After a while, the silk starts to lose its stickiness, becoming useless at capturing prey. It is not uncommon for a spider to eat their own web to recoup some of the energy used while spinning it.

Best spiders to keep as pets

The regal jumping spider – this is one of the best beginner spiders. They are super curious and are happy to interact with people. Jumping spiders live for around 8-14 months. This species doesn’t require humidity or a water bowl; however, they do require misting on the side of the enclosure every few days. They can live quite happily at room temperature, so no heat source is needed.

Chilean Rose – this spider is suitable for beginners as it is known to be a calm and docile species. Females can live up to 20 years, while males only live for around five years. The Chilean rose is a typical burrowing spider that requires a warm, humid environment.

Mexican red-knee – This spider is also suitable for beginners; again, they are known for being calm and docile, making them easy to handle. The females can live around 20 to 30 years while the males only live for about ten years. This species also thrives in a warm, humid environment. 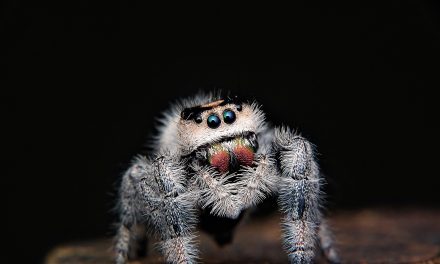 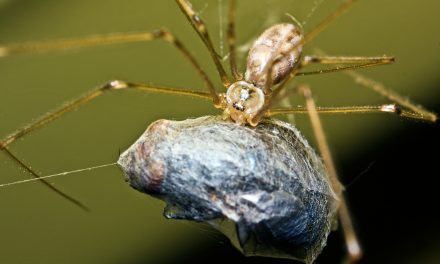 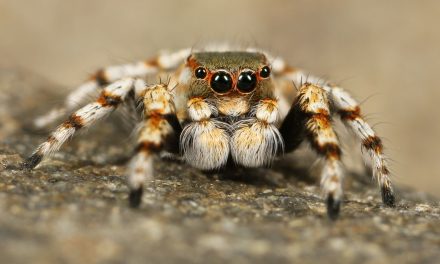 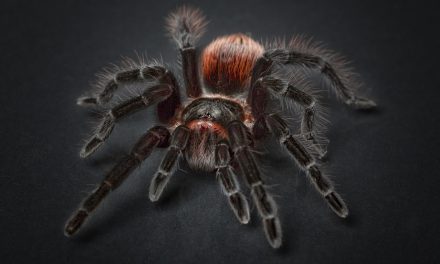