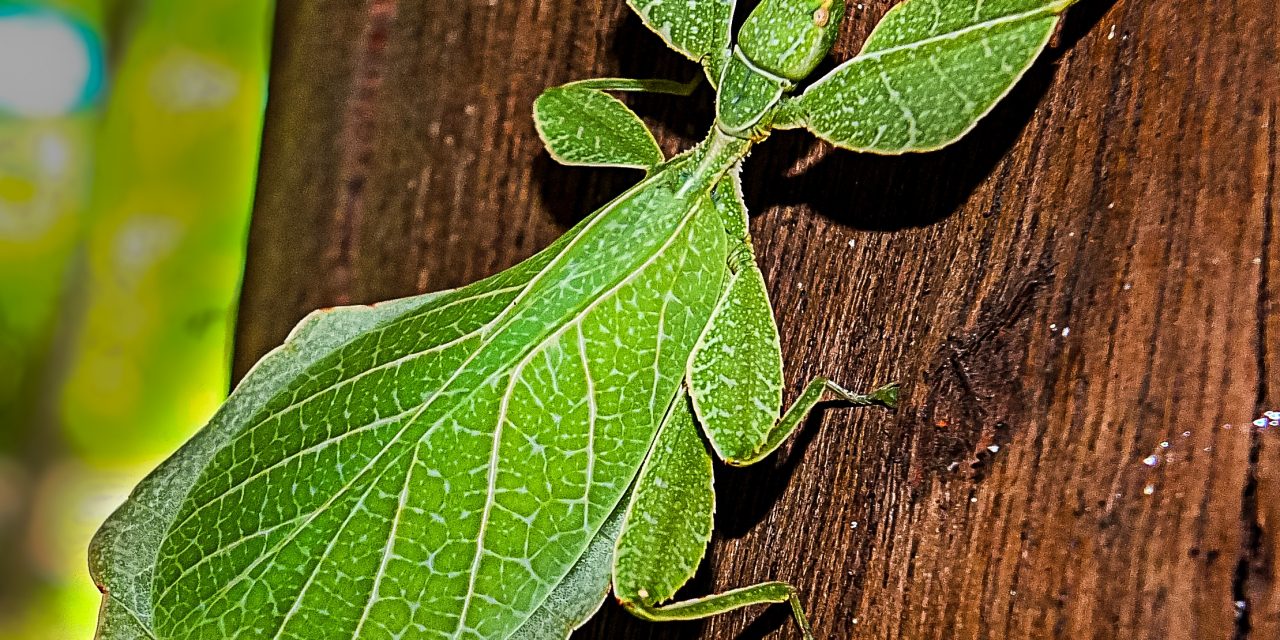 One of the most curious things about leaf insects is that they look almost exactly like leaves, and if you looked at one at a glance, you would probably think that it was a leaf. They are interesting insects that are green and share many appearance traits with that of a leaf, and there are actually reasons why they look this way. In this article, we are going to answer all of the questions that you have about the appearance of a leaf insect, to give you a better understanding of why they look the way that they do.

We are going to talk through the evolutionary process of leaf insects, the interesting features that these insects have, and even go through other insects that mimic the appearance of leaves. If you are interested in finding out why leaf insects look exactly like leaves, then you have come to the right place.

What is Mimicry In Insects?

Mimicry among insects is when the insect is able to appear like another thing in order to hide itself. This is relatively common among many insects and even some animals that can do so. Some insects are really good at pretending to be things like leaves and plants, and they are so good at it, that it can often be difficult to distinguish between the two. Some insects will mimic within their appearance, and others will use factors like smell, behaviour, and acoustic mimicry.

The main reason that leaf insects look exactly like leaves is that it is their biggest defence against predators. It allows them to hide by masking themselves, and this means that they can remain hidden amongst the greenery to stay alive. They have flat and round bodies of a dull green colour, often with some brown patches. Some leaf insects will have specific brown spots that only further add to the leaf effect, and others resemble dead and wrinkly leaves.

All of these things allow them to camouflage themselves in their natural surroundings, and they can conceal themselves to survive. There are also some insects that will move in a swaying motion, like a leaf in the wind, when they need to get around, which adds to the disguise.

Interestingly the abdomen of a leaf insect has veins that are similar to those of a real leaf, and there are leaf-like flaps on their legs that help them to blend in better. Unfortunately for some leaf bugs, their disguise is so good that other insects will mistake them for leaves and take a bite out of them.

Some insects that look like leaves include the obvious leaf insect, the ghost mantis, and the Oakleaf butterfly. All of these insects mask themselves as leaves in order to survive around predators, and this disguise is really clever.

The oakleaf butterfly is not like most other butterflies in terms of its appearance, and when its wings are closed, it just looks like a dried-up brown leaf. This allows the oakleaf butterfly to rest on trees while being perfectly camouflaged at the same time. This keeps it safe from any nearby birds that are seeking dinner and makes sure that they are around to live another day.

Once the butterfly spreads its wings to take flight, it looks completely different, and the tops of its wings have colours of deep blue and orange. This transforms the oakleaf into a brightly coloured beautiful butterfly.

The ghost mantis is an insect that has a body that closely resembles a dead leaf, and even its legs take on the appearance of dried and withered leaves. This bug mostly resides in trees, watching and waiting for prey to walk on by. If a predator were to get too close, it would pull its legs in close to its body and remain as still as possible, hoping that it will remain hidden. Failing this, the insect will sway back and forth, hoping to look like a leaf that is blowing in the wind.

This is an insect that is cleverly camouflaged by its surroundings and is able to mimic the forms and colours that surround it. In this case, the insect will mimic the mossy trees and foliage, allowing them to stay out of sight. The moss mimic stick insect also has varying patches of cuticle on its exterior that give it the perfect texture to be able to blend into its surroundings.

As you might have guessed from the name of this insect, they resemble dead leaves so that they can remain hidden. These grasshoppers have smaller wings, though some will have wings that take the form of a flattened leaf shape. Interestingly, these insects cannot hear as they lack the organs that would allow them to do so.

Another insect that is known for mimicking the appearance of a leaf is the leaf katydid, which is often quite large, with bodies that range in length from around 1 to 6cm. They are typically bright green in colour, and they make sounds by rubbing their front wings together to communicate with each other. They even have ears on their front legs that allow them to hear in any direction. These insects spend most of their time at the very tops of trees, where the majority of the leaves are, and they can jump up to twenty times their body length.

When it comes to hiding in the form of a leaf, the dead leaf moth can do a pretty good job. They are able to mimic the appearance of a dead and curled up leaf, which allows them to survive much more efficiently in the wild. A predator wouldn’t think twice after looking at these insects, as they can blend in so well with their surroundings. Its resemblance to a dead leaf is uncanny, and it even has tiny leaf-like veins to add to its trickery.

How Did Evolution Produce Insects That Look Like Plants and Leaves?

If the predator cannot recognise its prey, then it will become of no interest to them, and they will look elsewhere for their prey. This means that the prey is at a much lesser risk of being killed by predators, and it no longer needs to fight for survival.

As well as the need for survival, there are also predators that will use mimicry in order to get closer to their prey. It is a way of sneaking up on an unsuspecting target that makes the prey much easier to catch and kill. So, mimicry can be both offensive and defensive.

Mimicry was created in exactly the same way that all other characteristics of other organisms were. This is through multiple evolutionary processes through many different generations of insects and natural selection. The process of evolution can happen over thousands of generations, sometimes millions, and different mutations will be passed on genetically through these generations. After time, a new population will be created that will become a new species that is formed through these changes.

When Did Insects Evolve to Mimic Their Surroundings?

These characteristics have been traced back through the analysis of fossils to around 125 million years ago. The process of evolution would have taken a long time itself, but this is around the time that insects took to mimicry as a method of survival. By studying the fossils of a variety of different insects, scientists were able to figure out roughly when these changes started to occur, and this process started before the introduction of flowering plants in the environment.

When the vegetation surrounding these insects started to change, they also slowly started to change over time to adapt to their new surroundings. Those that were not able to adapt would become extinct as they couldn’t survive in the new world. This is a natural selection process that involves the survival of the fittest.

The Evolution of Leaf Insects

Depending on the natural habitat that they live in, and the types of plants that surround them, many leaf insects have evolved to have different body shapes. Some species have even gone as far as to develop a shape that resembles leaves that have been eaten by other insects.

In terms of the colour of their body, there are also other differences that depend on the vegetation that surrounds the insect. Some of their colours range from dark to light green, some are brown, and others are a more yellow-orange colour, and these all imitate leaves at different stages of vegetation. One of the oldest fossils of this insect was found in Germany and is estimated to be around 47 million years old. More recently, leaf insects have changed very little as they haven’t needed to change due to the fact that their habitats haven’t changed much. 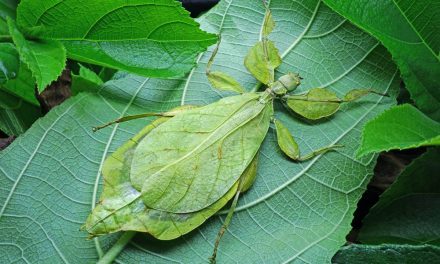 Why Are My Leaf Insects Dying?

Why Are My Leaf Insects Not Hatching? 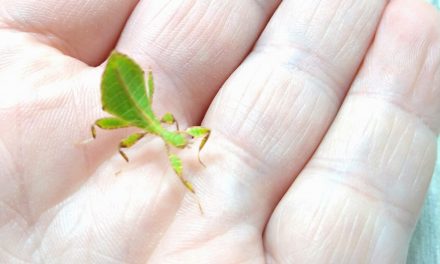 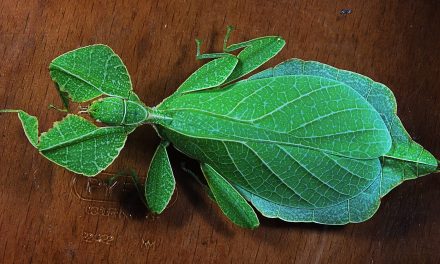 Do leaf Insects Bite or Sting?