Why Does A Female Praying Mantis Bite The Head Off Its Mate? 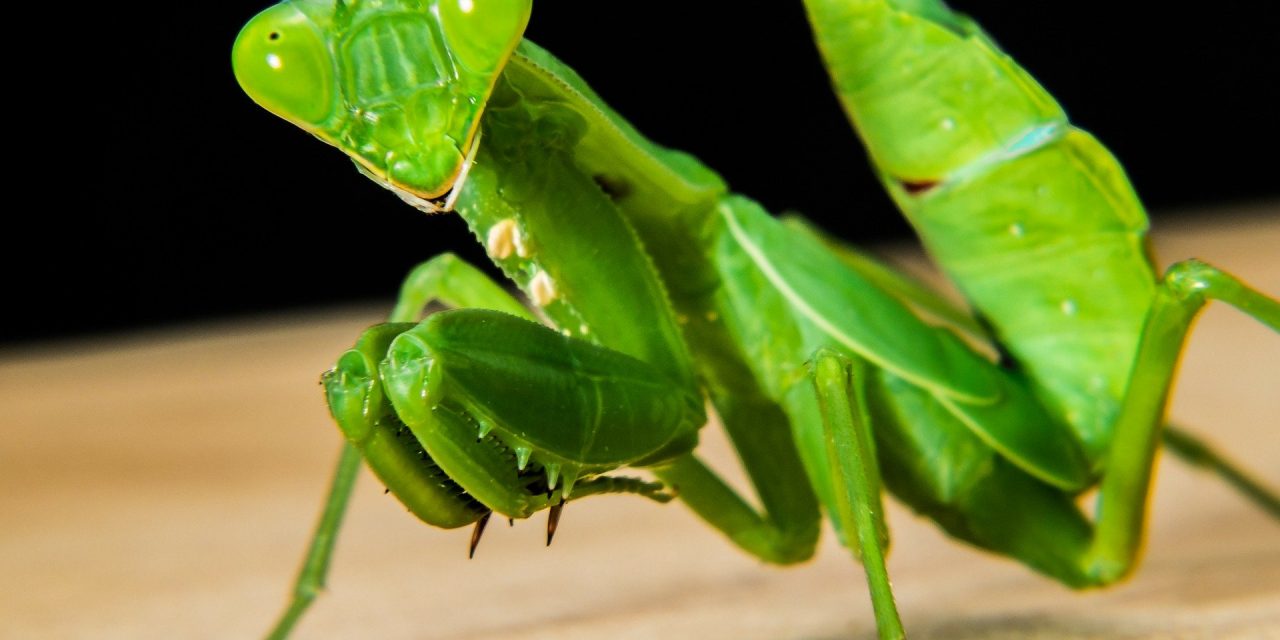 An interesting insect to learn about is the praying mantis, which is certainly unique when it comes to its mating process. They are known to have a habit of biting off the head of their partner while they are mating, which is very unfortunate for the male mantis. There is actually a reason why this happens, which we are going to explain to you in this article, and you are going to learn all about the mating rituals of the praying mantis and why these things occur.

You might have seen a praying mantis out in the wild, and while they pose no threat to you, the same can’t be said for any insects that are nearby, including others of the same kind. You will probably notice that the males are a lot more active when it comes to the mating season for these insects, but the relationship that they are going to find won’t be entirely pleasant.

Why Does A Female Praying Mantis Bite The Head Off Its Mate?

Not all female praying mantises will bite off the head of their mates, but many will if they are particularly hungry or if the male is being irritating. This might not be the best of reasons to engage in cannibalism, but it definitely does happen. Actually, around 13% to 28% of these insects will turn to cannibalism with their mates, so while it isn’t every single time, it does happen enough for it to be a big deal.

In 2016, there was a study that was published that found that when female Chinese Mantises bite the heads off of their mates, they are acquiring important amino acids that are then incorporated into the eggs that they lay. It was also found that they seem to lay around twice as many eggs as they normally would if they were to engage in this cannibalism. So, even though it might not be the best experience for the male as this is the end for them, it seems that the nutrients that he passes on are really beneficial for the reproductive process.

If you are interested in the process of how this happens, the female will usually start her meal by biting off the head of her mating partner, and she will continue from there by eating the rest of him. Around 63% of the female’s diet during the mating season is their male counterpart. Some scientists believe that this is a great way for the female to get her hands on a quick meal during such a critical point in her reproductive lifestyle, but this hasn’t necessarily been proven.

How Do Praying Mantis Mate?

The first step of mating for the praying mantis is when the female lures the males in with her pheromones, drawing them closer. When one approaches her, he will engage in a type of courtship dance. If they are deemed worthy by the female, then he will be allowed to climb onto the larger female’s back to start the process.

As you have probably gathered from the information in this article, the female praying mantis has quite a reputation when it comes to learning about their mating season. You wouldn’t typically associate mating with cannibalism, but unfortunately for male mantises, this is often the case. The female mantis will sometimes bite off the head of her partner either during or after this stage.

While a decapitated mantis might not seem like the most useful thing when it comes to reproducing, there are some theories that would suggest otherwise. It is thought that the male seems to thrust more vigorously after their head has been eaten. There are also other studies that suggest that sexual cannibalism is a great way to increase the success and duration of copulation, which with some species can be a really long and time-consuming event. It can last for up to hours at a time.

In other cases, the female is simply starving, so she will choose to get a quick and guaranteed meal while she can. There are lots of different theories about why this happens, and some of them are backed up with scientific evidence through various studies.

Do Male Praying Mantis Know They Will Die?

Even though they are at risk of becoming the meal, it does not seem to deter the male praying mantis from trying to reproduce. It is actually the opposite, and the continuation of the species only goes to show that death through mating is a successful mating strategy. The purpose of the male is to mate, and that is what they achieve, even if they are surrendering themselves to their mates. Their genes are going to be passed on, and that is what counts.

What Insects Kill The Male After Mating?

Some insects that kill the male after mating include the praying mantis, black widow spiders, and jumping spiders. Sexual cannibalism can also be found among other invertebrates, including the Chinese mantis and even scorpions.

Female black widow spiders are probably the most well-known for doing so due to the fact that male black widows have to actually place themselves between the female’s fangs in order to get into the correct position for mating. This makes it really easy for the female to kill them, and they often do once the male has expired their ‘usefulness’.

Female jumping spiders are another insect that is known to be a dangerous partner to have. In order to attract their mate, the male jumping spider will do a complicated courtship dance, and if their performance is found to be unsatisfactory by the female, she will make a meal of him.

Interestingly, male redback spiders can still pass on their genes, even when they are on death’s door. This is due to the fact that they have two sexual organs that allow them to survive cannibalism for long enough to mate a second time.

Another insect that is prone to sexual cannibalism is the bachelor biting midge, and during the process, their genitals will break off while he is still clasped on to the female. This means that even though he is going to die after mating, he will block any future matings and live well knowing that he will pass on his genes.

A spider that will go to great lengths to avoid being eaten is the golden orb spider, and the male will try to avoid this end by attempting to mate with the females while they are already eating something else. While this is a clever move on their part, there is still the chance that she will have room for dessert.